AMB is the global administration, and it comprises Barcelona city and 35 municipalities.

The metropolitan system of linked cities around the city of Barcelona -surrounded by open spaces- brings with it benefits for the environment, the economy and leisure, making it a liveable, efficient, and healthy city.

Barcelona is considered an attractive place to work, as well as a good place for investing and developing new business projects. Barcelona is perceived as an innovative and creative metropolis, linked to the areas of culture, fashion, architecture, art, modernity, and sport.

The metropolitan area of Barcelona is one of southern Europe’s chief economic engines, a hub for logistics and a magnet for talent, a place that is open to business.

Barcelona, and its metropolitan area, is an urban node of the Mediterranean corridor, with a first level port and airport also included in the TEN-T.

The metropolitan area of Barcelona is a demonstrator city within USER-CHI.

Modern electromobility was introduced in Barcelona by the former MOVELE project (2011-2012), a partnership between the Barcelona City Council, the IDAE (Instituto para la Diversificación y Ahorro de Energía, linked to the Spanish central government) and ENDESA (the main electric power supplier in the metropolitan area of Barcelona). The project foresaw the instalment of more than seventy normal charging point in the streets (the first ones in the city) for electric motorcycles and cars.

The MOVELE project aimed to reduce pollution, however, did not reach its scope due to the lack of electric vehicles and users, the lack of technical maintenance and as an effect of vandalism.

The next step was then the creation of the LIVE Consortium in 2011, a public-private partnership open to all the bodies and organizations in the area of Barcelona and Catalonia region related to electromobility promotion. In the last years, LIVE has clearly worked as a network for knowledge sharing, dissemination and information related to electric cars.

Thanks to the relationship established in the LIVE consortium between the Barcelona City Council, AMB and the electric car makers NISSAN, RENAULT and BMW, a new project was launched to introduce public quick charging points in the whole metropolitan area.

More than twenty quick charging points were introduced in the streets of the city of Barcelona and other ten metropolitan big cities since then. This public-private funded project coincided in time with the launch of the NISSAN LEAF car, the NISSAN e-NV200 van (made in Barcelona in the NISSAN factory), the RENAULT KANGOO van and the BMW i3 car.

After the completion of the quick charging network, the local administrations (including AMB and the city of Barcelona) implemented several initiatives to promote electric cars, such as car purchase subsidies, reduced car taxes, reduced parking hourly rates, reduced fares in toll roads, etc… Therefore, electromobility began to take-up in Barcelona.

In 2020, before the Covid-19 crisis, even though the public administration continues to expand the public charging network and to ban the petrol or diesel cars in city centres as a manner to reduce pollution, the leadership must be transferred to the private sector (car makers, energy suppliers, charging point operators, investors, etc…) to scale-up the electromobility sector. 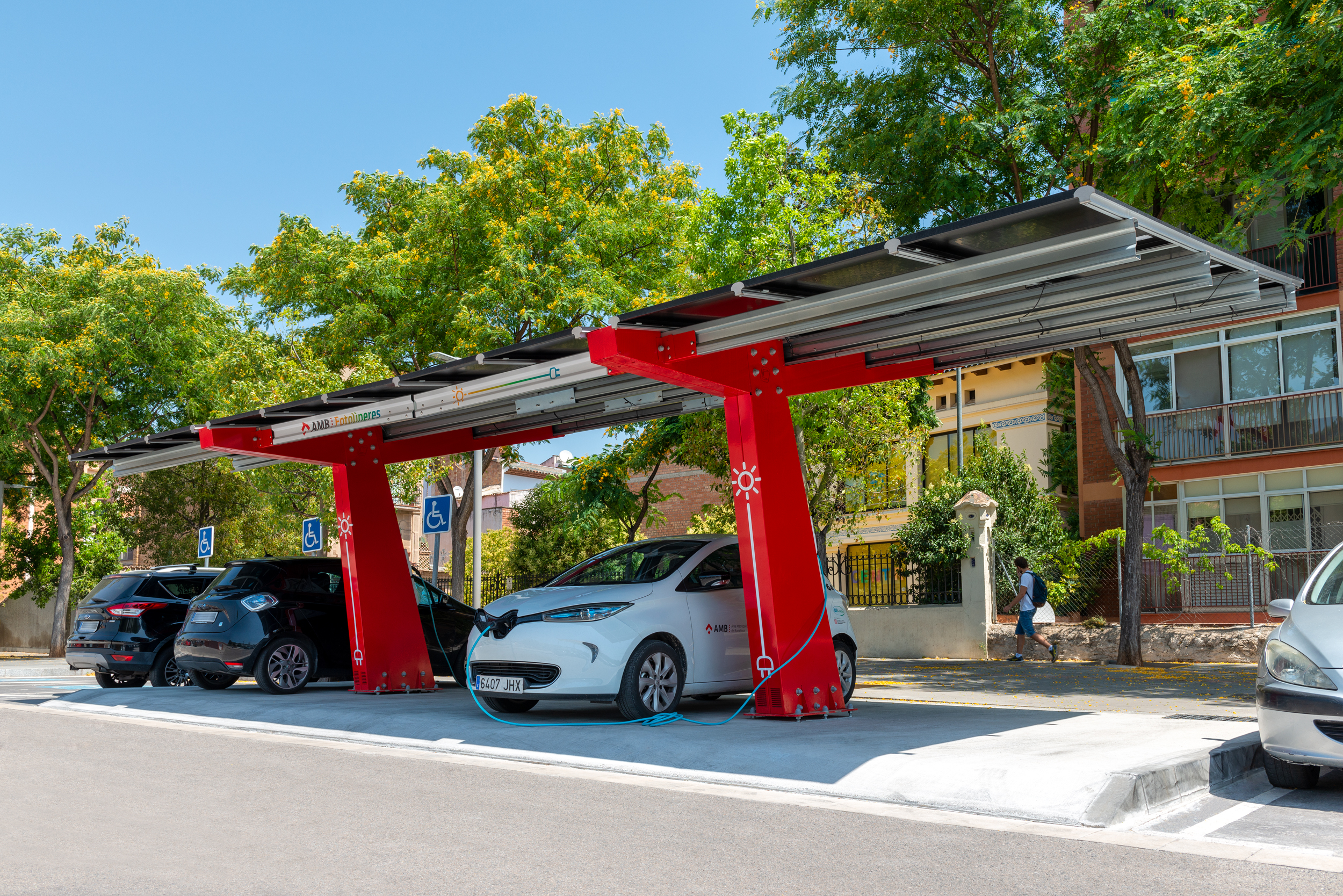