Rome is the capital city of Italy, of the homonymous metropolitan city, and of the Lazio region. With 2.9 million residents, it is also the country’s largest and most populated municipality and the fourth most populous city in the European Union by population within city limits. The municipality of Rome is composed of 15 boroughs, each of them with more than 100 thousand inhabitants, while its metropolitan area is composed of 120 municipalities, and counts 4,4 million of inhabitants, a greater number compared to other major European metropolitan areas.
Retail and professional activities characterize the city’s economic sector.
In Rome, the road network is typically radio-centric with a structure that still recalls the classic radial pattern that dates back to the times of ancient Rome: a set of roads which originally ensured the connection with every corner of the empire and that today constitute the backbone of the road network in Rome’s metropolitan area.

Rome is an urban node of the TEN-T Scandinavian-Mediterranean corridor and is a demonstrator city within USER-CHI.

At present, 257 charging systems have been installed throughout Rome. 122 of them were installed before the approval of the Electric Mobility Plan in 2018 (see below), including:

135 charging points have been implemented since the approval of the Electric Mobility Plan, divided as follows:

Rome approved in 2018 the Electric Mobility Plan for the city (Piano capitolino della mobilitá elettrica) , which defines the rules for the instalment of charging points in public areas. The plan identifies 320 areas where each supplier can propose a project for an electric charging point (ECP) of 22 kW. For the ECP of more than 50 kW, it is possible to propose a site along the main road network of the city.

The Electric Mobility Plan addresses the charging point need in the public areas and supports the private investments in the sector defining the rules, including technical and administrative regulations that define:

It is also included an action plan to support the private investments in:

The high-power charging network will be realized along the main roads and in 2 rings:

In Rome there is a limited traffic zone (LTZ) covering an area of 5,5 km2. To foster the use of electromobility, electric vehicles can enter this area free of charge. Dedicate parking slots are reserved to electric vehicles through specific horizontal and vertical signals. 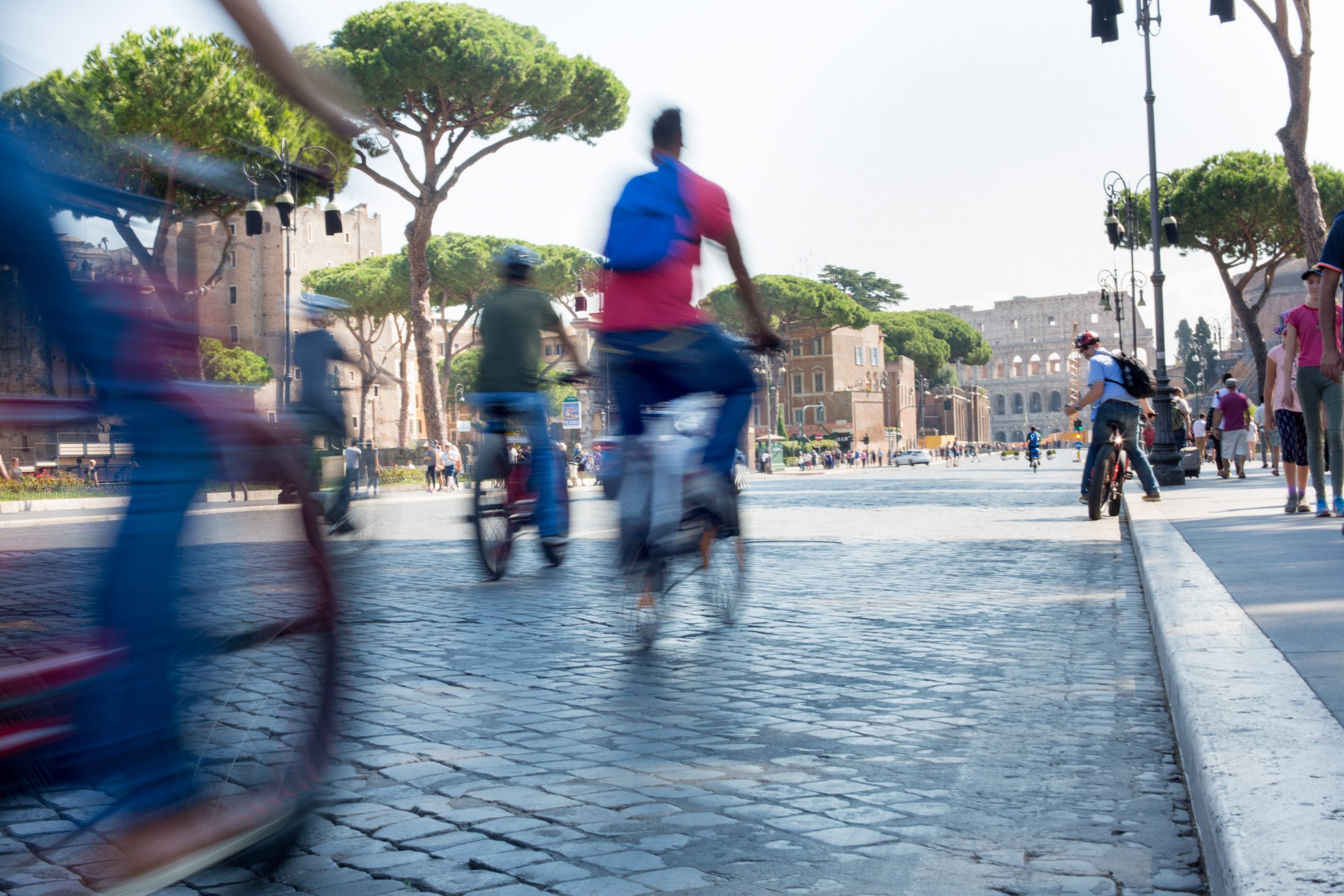