Murcia is the seventh largest city in Spain with a population of 453,238 inhabitants and the capital of the Murcia region located in the southeast of the Iberia peninsula.

The city has all modern facilities one can expect from a regional capital, two universities, university hospitals, public transport (busses, trams and public bicycles), as well as tourist attractions. The principal economy is based on services, (residential) tourism and agriculture (exporting all over Europe fruit, vegetables and wine) being important.

Tourism plays a major role in the local economy, the city’s historical sights and local gastronomy are the main attractions for the visitors, mostly domestic tourists. While historical monuments such as baroque churches, convents and museums are located in the city centre, most tourists stay at the seaside, in resorts, apartments and hotels densely built along the coast. Future cultural offers should move out visitors from this thin costal line, which suffers the drawbacks of over tourism, having little connections with the urban or rural areas of Murcia.

This scenario could have an impact on charging infrastructure deployment, in view of promoting light public electric vehicle, such as e-bikes and e-motorbikes and scooter.

Murcia is an urban node of the Mediterranean corridor.

Murcia is a replicator city within USER-CHI.

The municipal climate change mitigation strategy 2030 (SECAP) establishes the strategic lines, actions and tools necessary to achieve energy use, consumption and production in a sustainable way. Its ultimate objective is to increase the protection of the environment and leads the municipality to a better quality of life, through the planning of a series of measures that entail an improvement in the areas of action where the City Council is competent. Electric transport and sustainable mobility are fundamental parts of this strategy.

To give a significant impulse to sustainable mobility in the city, the council has designed a specific local strategy to encourage the use of electric vehicles in Murcia, which is a fundamental step in the process of converting and converging towards a smart city model.

Murcia has elaborated a local strategy for the use of electric vehicles (Estrategia local del vehículo electrico de Murcia) in 2017, which sets a clear political commitment in favour of sustainable mobility and the progressive decarbonisation of means of transport.

According to the local strategy for the use of electric vehicles, an essential requisite for achieving smart and sustainable mobility is the creation of a broad network of charging points which ensure users of electric vehicles a greater accessibility. One envisaged option would be to connect those charging points to the existing infrastructure created around MUyBICI, the city shared biking scheme. 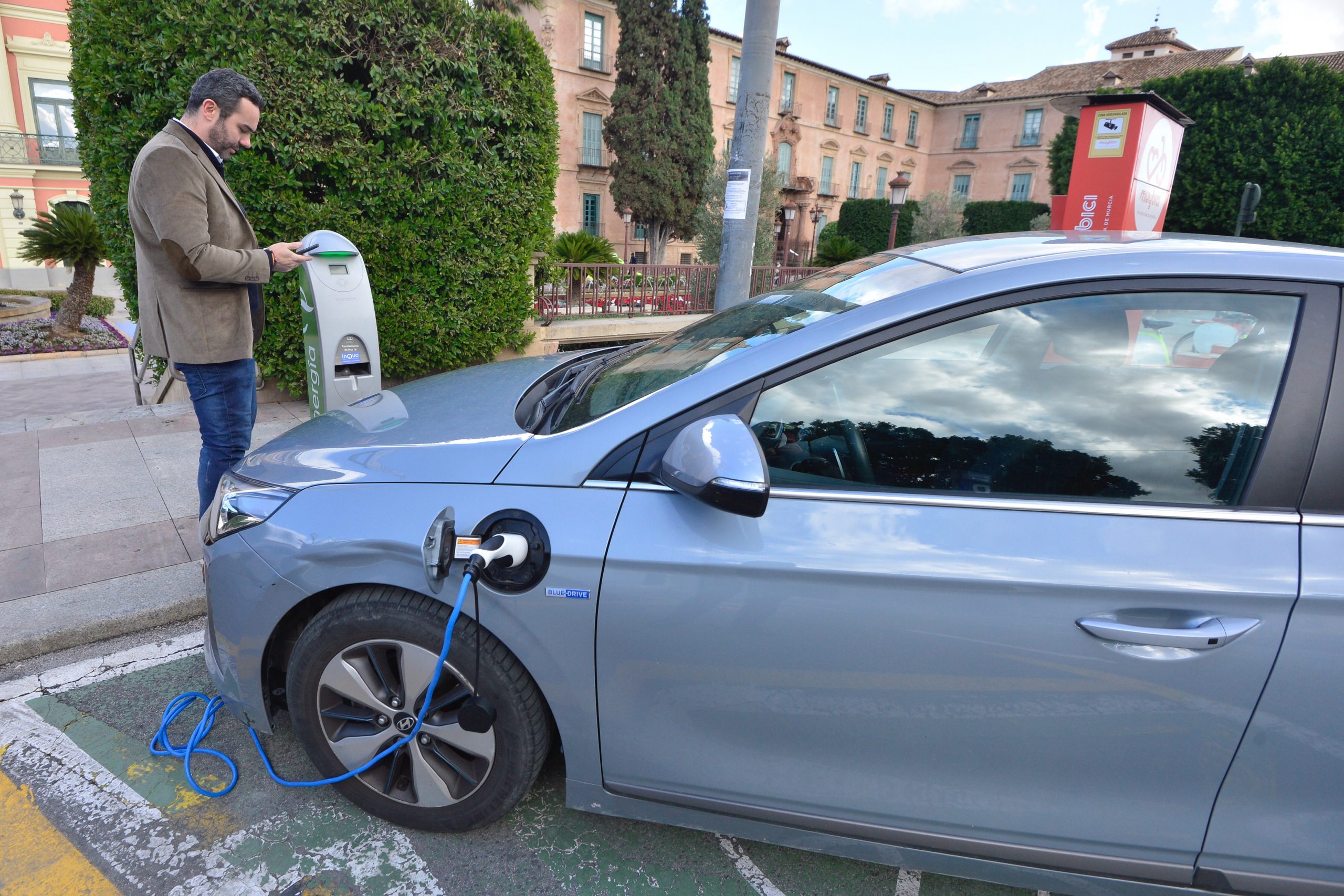