Budapest is the capital and the largest city of Hungary and the country’s main political, cultural, commercial, industrial, and transportation centre. The city is situated along the Danube, in the heart of the Carpathian basin and is home to 1,736 million people.

Budapest consists of twenty-three districts. The Hungarian capital city has a peculiar dual self-government system. This means that in addition to the Budapest municipality, the local government of Budapest, each of the twenty-three districts has their own government, the so-called district governments, with elected mayors and a body of representatives. Both the city and the districts are local governments, not subordinated to one another, each having specific duties and powers, specified by law.

Budapest is not developing in the European regional space as a stand-alone entity, but together with its surrounding urban agglomeration. The latter almost extends to the entire area of Hungary. Owing to Budapest’s role as a capital, the city has quite a powerful impact in this region. Budapest’s economic area and functional municipal area are larger than its urban political agglomeration, where the city has an established day-to-day task division.

Budapest is an urban node at the intersection of the Orient/East-Med and Baltic-Adriatic corridors.

Budapest is a demonstrator city within USER-CHI.

The Budapest Mobility Plan also known as Balázs Mór Plan (BMT) , is the city’s transport development strategy for 2014-2030 and the first overall Sustainable Urban Mobility Plan (SUMP) of Budapest. The plan underwent public consultation and was then approved by the General Assembly of Budapest in 2014. The results of the wide institutional and public consultation that followed were integrated into the final version of the plan’s objectives.

The BMT lays down the strategy of short- and medium-term transport development in Budapest for the period between 2014 and 2030. In that vision transport must serve the implementation of the wider future vision laid down in the Budapest urban development concept.

For electromobility and environmentally friendly public transport and taxis, the BMT foresees their deployment and promotion through the introduction of tax and fee discounts together with the mitigation of the access restrictions imposed for environmental protection reasons, and the wide development of electric charging stations. The BMT acknowledges that electric vehicles may not become widespread without the required infrastructure, thus the installation of integrated electric charging stations at further taxi stations is set as objective. Finally, according to the BMT, freight traffic in the city should be operated by low emissions freight vehicles. The application of electric, hydrogen, and hybrid technologies or the use of human-powered transport are the options considered to decrease not only pollutant emissions, but also noise pollution. 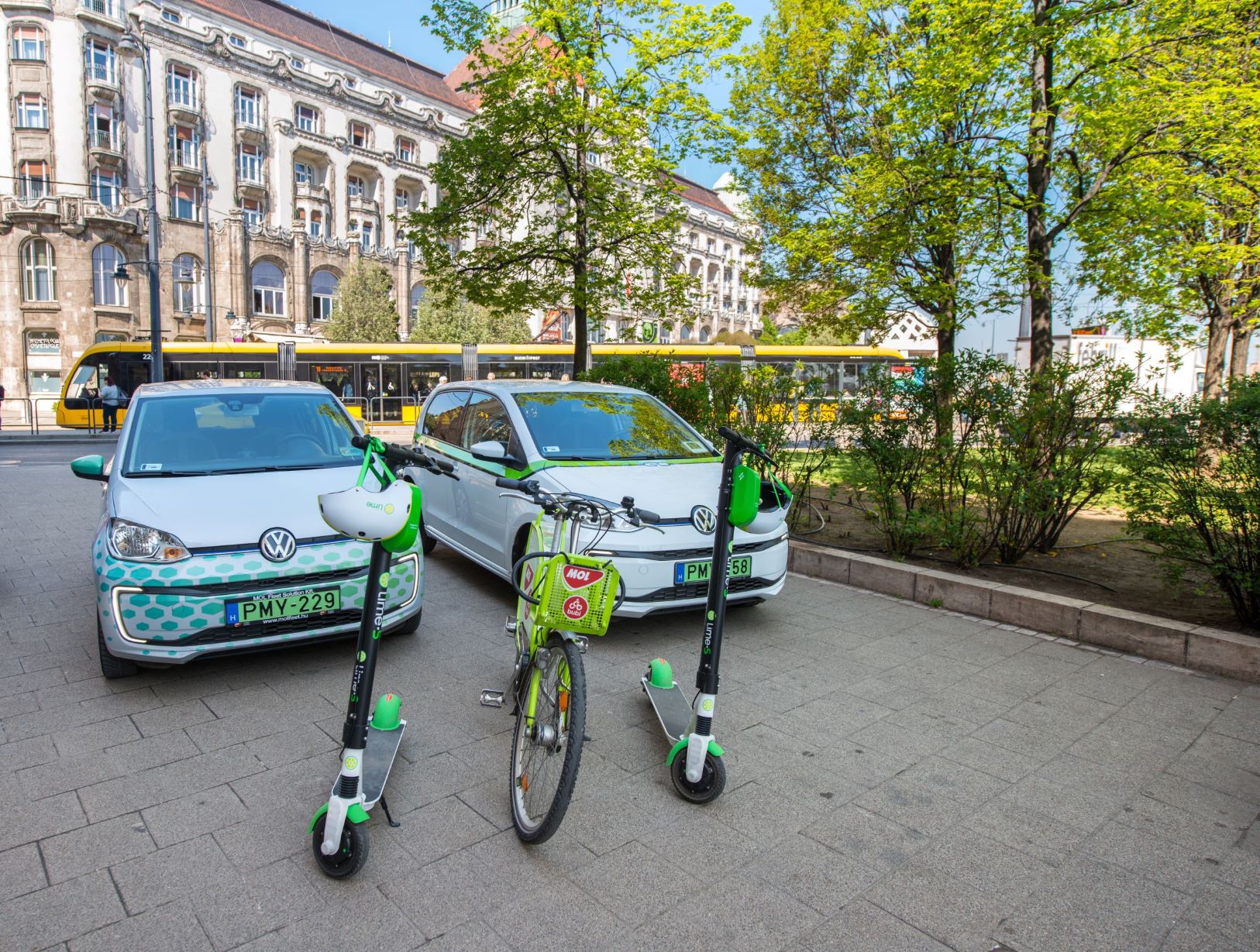 The integrated e-mobility concept was prepared in 2016-2017 and includes strategic and legal background, good practices, analysis of the demand and supply side, and forecasts. The municipality of Budapest is committed to give priority to sustainable mobility including electric drive and zero/low emission vehicles to curb the use of internal combustion engine cars that are responsible for air pollution.

The integrated e-mobility concept sets e-mobility goals at societal level, based on the basic sustainability principles, and at transport system level. The concept foresees a three-phased intervention starting with the introduction phase, followed by the growth phase, and the dominance phase. The concept is used as an internal document; therefore, it has not been published. During the USER-CHI project Budapest aims at reviewing this document.

The municipality of Budapest published the Budapest climate strategy in April 2018 which focuses on objectives in terms of climate mitigation, adaptation and awareness raising. The mitigation objective (M11) aims to foster the usage of electric or low emission vehicles both on public and private sides.

We use technologies such as cookies or targeting to customize the content of our website. As your privacy is of high value, we hereby request your permission to use the following technologies: Google Analytics. You can revoke your permission at any time later by clicking on the settings button which you can find link.OK