What can we learn from the mobility challenges of Rome?

Rome is without a doubt s city like no other. Over the 28 centuries of its history, Rome saw the rise and fall of numerous kingdoms, empires and republics; and each of the remarkable events taking place here left its mark. As a result, we can enjoy this city as an open-air museum, decorated by uncountable treasures left by the previous generations.

However, Rome is also a pulsating metropolis and a modern city with all its perks and challenges. With a population of 3 million people within its city limits and more than 4 million in the whole metropolitan area, Rome is one the most populous cities in the European Union. It is also an administrative and economic hub as well as a popular tourist destination.

Due to its position between history and modernity, Rome is facing particular challenges in its urban development. Setting up modern urban transport infrastructure for the residents to move through all the parts of the city, from the modern business areas to the tiny streets of historical centre, is one of the most pressing ones. All this and more was discussed during the 3rd USER-CHI peer-learning visit in Rome on the 17th and 18th of January 2023.

Electrification, SUMP and the role of open data in Rome

On the first day of the visit, the representatives of the host city introduced the main challenge to the participants of the visit. Rome is facing big problems with traffic congestions and air pollution. Since the 60s, the cultural attitude has been largely in favour of private cars which led to one of the highest motorisation rates in Europe – in fact, the number of people and cars are almost the same in Rome. Most of the cars have internal combustion engines, which leads to air pollution which Rome has to  urgently decrease in order to comply with the EU regulations. The cultural and pilgrim mobility connected with the cultural heritage and the presence of the Vatical City is adding up to the mix, as well as the fact that the street pattern cannot be altered in favour of modern traffic due to its heritage value.

Rome’s ambition is to transform from a car jam city to a true open-air museum. To achieve such an ambitious goal, Rome prepared a Sustainable Urban Mobility Plan (SUMP) which was explained in detail by the representatives of the local mobility agency Roma Mobilita. The new plan shifts its focus from traffic to people and aims on reducing the surface transport as well as on the increase of electric mobility options. It plans to do so by the means of demand management, more tight rules for low emission zones in different rings of the city and other incentives for electric cars. The new electromobility plan also counts on a new, strategically places electric charging infrastructure. However, the main job of the mobility agency remains in taking as many cars of the streets as possible. 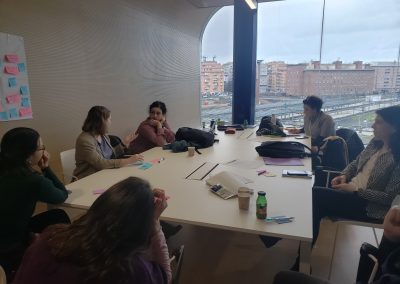 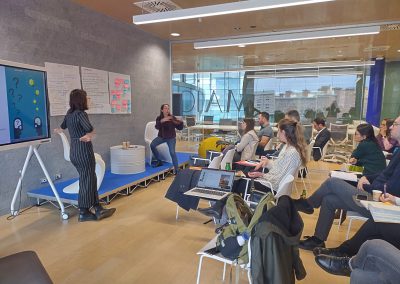 The participants of the peer-learning visit were also invited to see the Mobility Centre where they saw a presentation of Rome’s open data approach, ITS and the connectivity of the monitoring and operation of the urban network. The use of dynamic data in the real time was intriguing to the participants and became also one of the topics of the replicability discussions at the end of the visit.

Rome also has proactive approach regarding complex re-development of areas outside of the historical city centre. As an example, the transformation of the Tiburtina train station into a multimodal transport hub and the re-development of the residential area close by were presented by the representatives of the host city. The focus on the pedestrians, reduction of road space and speed and increased safety of the neighbourhood were a big inspiration to the participants who used the opportunity to discuss the possible applications of such approach in different contexts. 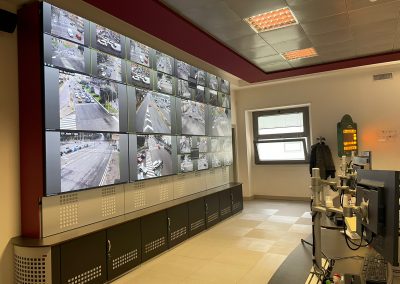 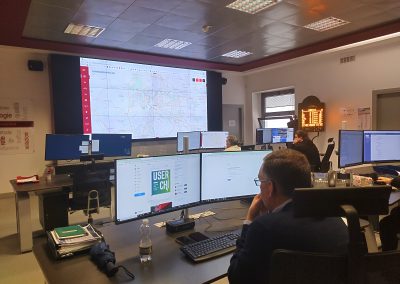 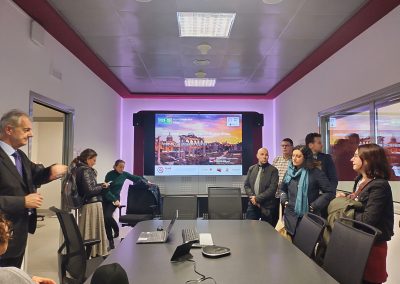 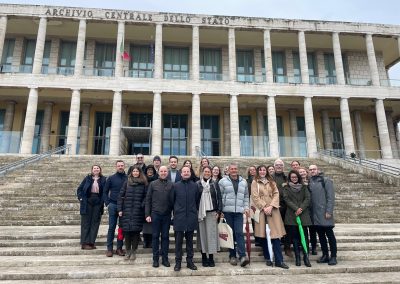 USER-CHI solutions are fitting into Rome’s plans on enhancing the electric charging infrastructure and with it also the incentives for electrification of mobility as a whole. INSOC and INCAR solutions are going to be deployed in Rome. The charging stations for the INCAR app deployment are already places in the city, so the participants of the visit had a chance to see some of the charging infrastructure in action. The demonstration of INSOC took place online due to the distance from the producing factory. The technical details of the solutions as well as the challenges connected with the production and installation of the prototypes were explained by the representatives of the project partner ENEL X WAY. 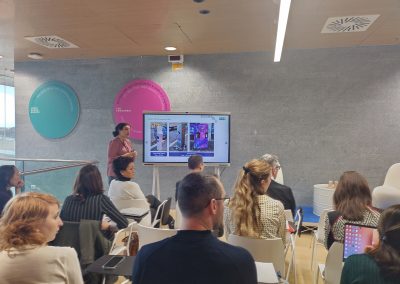 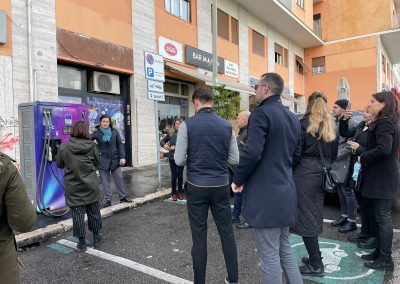 Want to find out more about USER-CHI?

Are you feeling curious and want to dive even deeper into the world of USER-CHI? Try clicking on one of our suggestions below!

Discover our podcast here
Read Stations of the Future Handbook
Find out more about our products
Share this: